World Elder Abuse Awareness Day (WEAAD) is commemorated each year on 15 June to highlight one of the worst manifestations of ageism and inequality in our society, elder abuse.

Elder abuse is any act which causes harm to an older person and is carried out by someone they know and trust such as a family member or friend. The abuse may be physical, social, financial, psychological or sexual and can include mistreatment and neglect.

WEAAD was officially recognised by the United Nations General Assembly in December 2011, following a request by the International Network for the Prevention of Elder Abuse (INPEA), who first established the commemoration in June 2006.

In many parts of the world elder abuse occurs with little recognition or response. It is a global social issue which affects the health, well-being, independence and human rights of millions of older people around the world, and an issue which deserves the attention of all in the community.

According to WHO, prevalence rates or estimates exist only in selected developed countries – ranging from 1 to 10 per cent. Although the extent of elder mistreatment is unknown, its social and moral significance is obvious.

Elder abuse does not discriminate. Victims of elder abuse can be women or men from ethnic and social backgrounds.

Sadly in 2017-2018, the highest proportion of perpetrators of elder abuse according to calls received by the Elder Abuse Prevention Unit, were the sons and daughters of the older person suffering the abuse.

If you believe someone is a victim of elder abuse let them know help is available.

If you require further information or feel you’d like some confidential advice or support, you can contact the Elder Abuse Helpline on 1300 651 192.

If you are, or you suspect someone you know is, experiencing elder abuse an operator will take the time to listen to you and help you find a service that can help deal with the issue.

If the matter is urgent, where you are concerned for a person’s immediate safety, call police on Triple Zero (000).

If you have concerns about elder abuse and you’d like to speak to police about it, contact your local station or call Policelink on 131 444.

Our older community members are our history, take time to make contact your elderly loved ones and check in to see that they are doing ok. 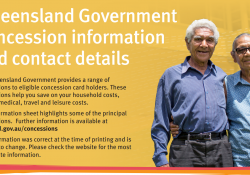 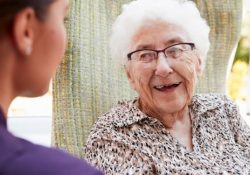 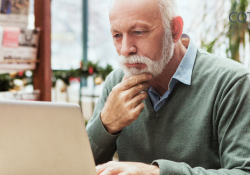 Help us shape the retirement living industry – What do older Australians want and need?